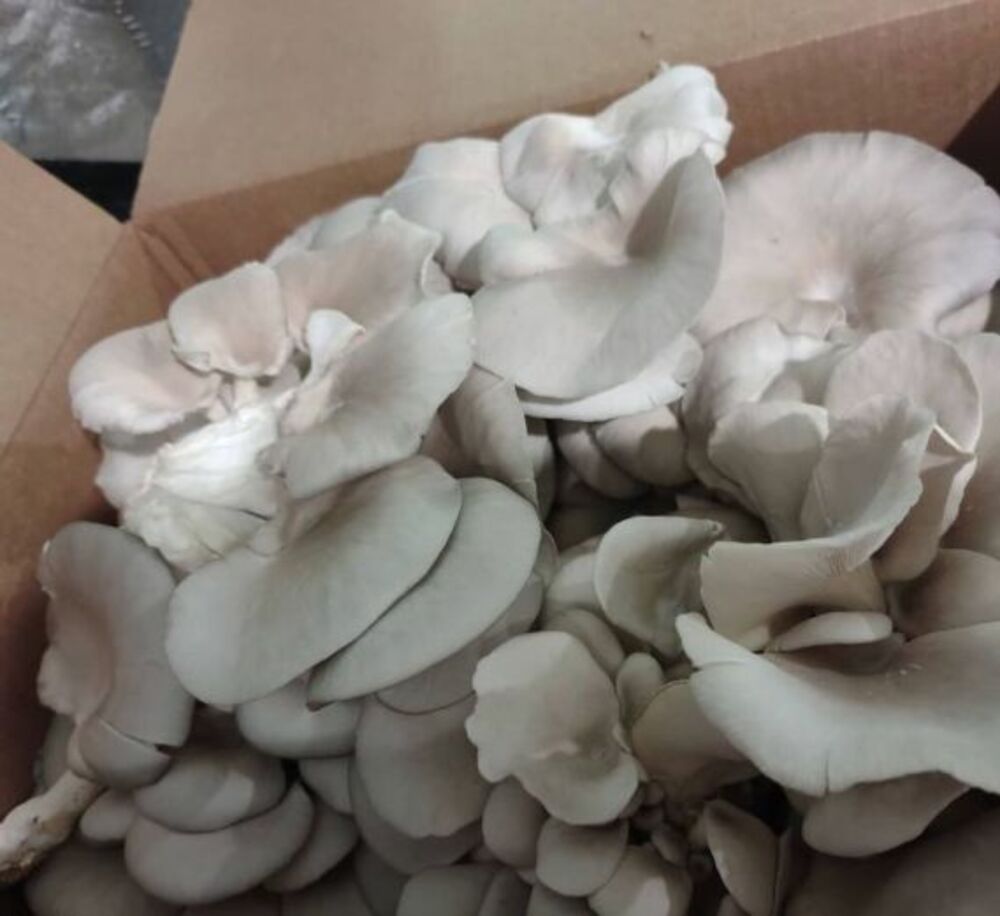 This feature on the Rocket City Mushrooms farm was taken from the Alabama News Center article.

Rocket City Mushrooms in Ardmore, near Huntsville, has seen its sales shoot upward this year.

Owner Joshua Marsh started with a small business, from a kit from a big-box store. It was a huge job change for Marsh, who in 2012 operated a tattoo studio.

“This is completely opposite ends of the spectrum,” said Marsh, a U.S. military veteran. “I always wanted to own my own business. I decided to be my own boss and treat my workers like I think people should be treated. I did this for my family. I started crunching the numbers and it worked out well for me.”

“I’ve really been growing mushrooms for a couple of years,” Marsh said. “I sell to a bunch of upscale restaurants in Huntsville and two in Birmingham. I even sell to a vegan-type restaurant, which supplies 60% of my sales right now.”

Rocket City Mushrooms can be found at several restaurants, including The Veggie, Cotton Row, The Bottle and Domain South. One restaurant features a mushroom sandwich with mushroom toppings. Cotton Row uses Rocket City’s produce in a wide variety of dishes. At the Veggie at Lowe Mill in Huntsville, specializing in vegan comfort food, customers can enjoy Marsh’s mushrooms in five entrees. The eatery uses Rocket City’s mushrooms to make vegan chicken fingers.

Marsh supplies 110-120 pounds of mushrooms each week to restaurants, and his business is growing. While offering wholesale and retail pricing, Marsh’s goal is to double the pounds sold. He sells produce to the Farm Food Collaborative – Food Bank of North Alabama.

For the love of ‘shrooms

Marsh likes to add mushrooms to his family’s dinner table whenever possible.

“I sometimes hide mushrooms in dishes I cook,” he said. “I’ve got one, the black pearl king, that replaces the portabella. You can season it just like a hamburger. The stem comes out really thick. I like to stuff the stem like a bell pepper and grill them – I replace the bell pepper with the mushroom for the recipe.”

Marsh enjoys growing the coveted chanterelle, a wild mushroom often used by chefs. As chanterelles are heated, they take on a dry-orange hue, with a flavor that complements most dishes: “I use them for everything from a soup garnish to steaks to frying them crispy for salads,” he said.

While many people add raw mushrooms to salads, Marsh said it’s preferable to cook them, because it aids in digestion.

Though he currently works from his home, Marsh plans to expand his business operations to a larger building.

“My five-year goal is to grow 1,000 to 2,000 pounds a week and to be able to add an organic label,” he said. Marsh noted that produce must meet stringent health requirements set by the U.S. Food and Drug Administration before a grower can legally attach the term “organic.”

With the demand for his mushrooms taking off – and restaurants seeking more delicious options – Marsh has high hopes for the future.

“I’m about to expand with different types of mushrooms and use a commercial kitchen to add value-added products, including seasonings and packaged products,” he said.