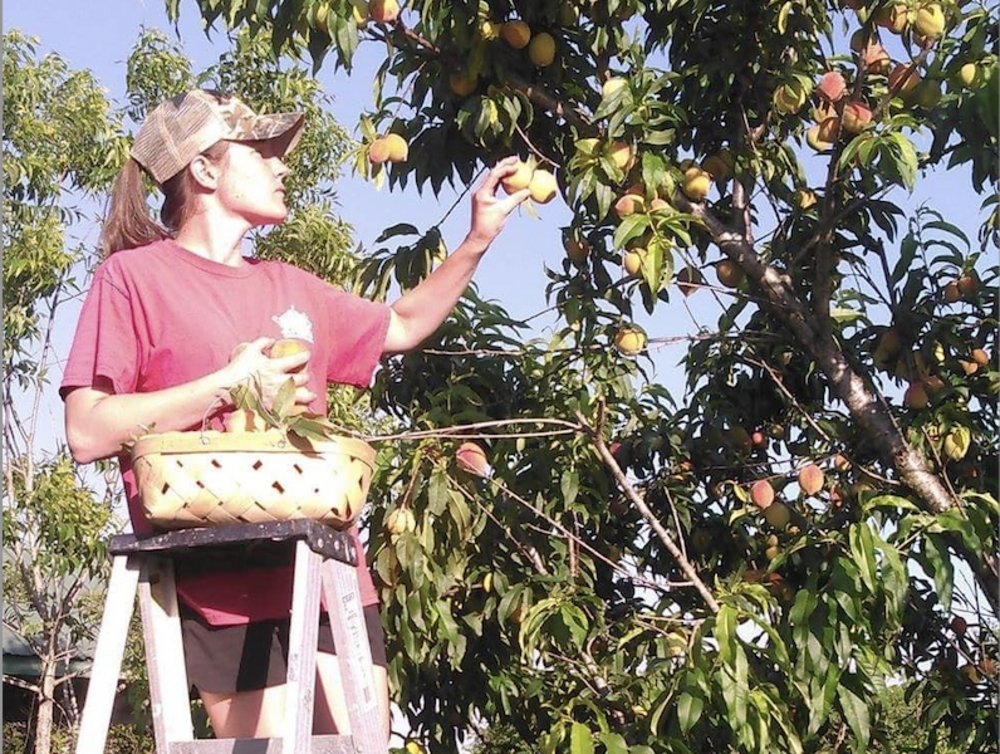 It’s the end of June and the Forland Family Farm and Market are in the midst of their busiest season. The peach orchard is in full bloom, with boxes of peaches being harvested each week. The last of the white sweet corn is being picked for Fourth of July celebrations. Vegetables including tomatoes, peppers, squash, cucumbers, potatoes and peas make up other Forland Family Farm summer crops.

Forland Family Market and Loxley Farm Market — the Forland’s flagship location — are busy with locals and tourists passing through and staying for the season shopping for local, quality farm-to-table options. Here you’ll find Alesica Forland and her daughter Michelle F. Crosswhite, the female farming duo that run the shops and farms. On any given day they can be found behind the register bringing in freshly picked produce from the farm, tending to plants, buying fresh produce from other local growers to put in the store, or preparing for any of the several pop-up farmers markets around the county.

The Forlands migrated from Forland, Norway in the early 1900s, starting their farm on 100 acres of land in the Silverhill area of Baldwin County, Alabama. They began farming row crops such as cotton, soybeans and potatoes. Later, they expanded to raise livestock and chickens, and even added pecan orchards. In the 1970s, the farm pivoted from row crops to growing more vegetables. As Baldwin County grew, so did the demand for farm fresh produce. In 1995, Alescia Forland opened Loxley Farm Market to bring the community fresh produce from the Forland Farm and other farms in the region.

Today the markets are run by Alescia and her eldest daughter Michelle, who grew up on the farm learning how to raise and harvest crops. Together they opened a second location in Foley called Forland Family Market in 2015 and added peach and citrus orchards to the farm. Crops are grown year-round on the 80 acres of Forland Farms. In the spring and summer, the farm harvests squash, zucchini, peas, cucumbers, potatoes, corn, peaches and more. While in the fall and winter, crops consist of turnips, collards, broccoli, kale, citrus fruits and other produce.

Since Alescia opened the market in 1995, the Forlands have strived to provide affordable, quality farm-to-table options, encouraging community members to learn more about where their food comes from, how it is grown and the local farmers growing it. In addition to the two markets, Forland Farm produce can be found in local restaurants, pop-up farmers markets and in their (subscription-based) weekly farm boxes. The markets also have a wide range of farm-raised and locally made products, such as free-range eggs, local meats and pantry products.

Currently, the Forlands are working on expanding their citrus orchard, with the newest member of the family in tow— Sarah Jean, whom Michelle and her husband Roy welcomed in 2019. Sarah Jean often joins her mom at the market and on the farm. She enjoys peaches and strawberries and is learning about how sweet the summer season can be!

Stay updated with the farm and market by subscribing to their newsletter here.