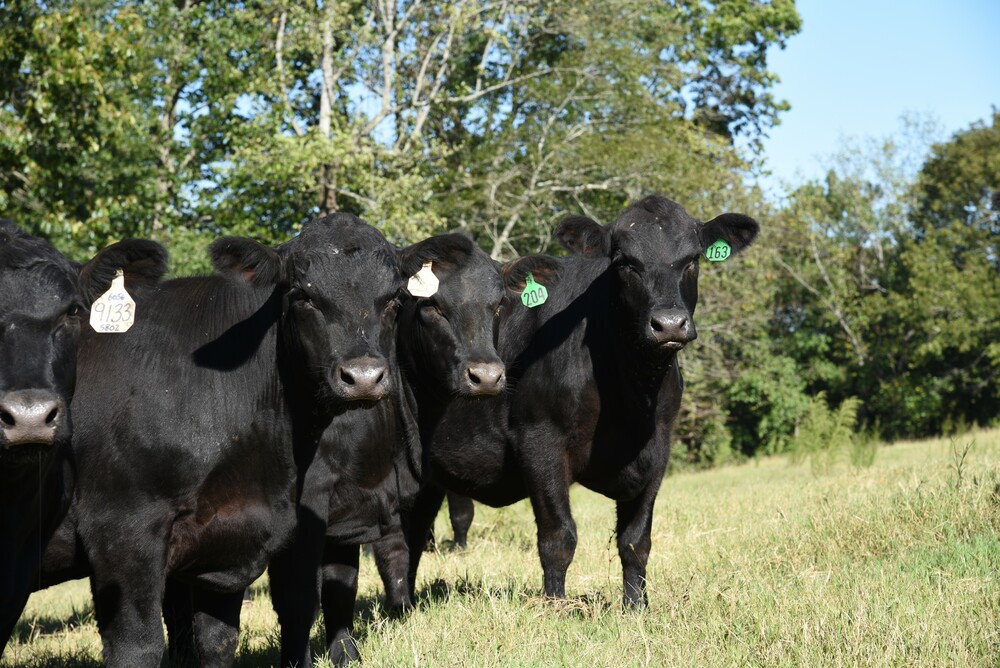 Born and "braised" in Alvin, Texas, I grew up on a small farm, raising lambs and competing in local and state level livestock shows and livestock judging in 4-H and FFA. I also competed in rodeo events including barrel racing, pole bending, goat tying and break away calf roping. My family had a commercial cattle herd on the Golden Gulf Coast, grazing cut rice and another commercial herd in the pines of Cleveland, Texas. While in junior high, I discovered my love for volleyball and played in high school, college and many years after. I recently began as an assistant coach for Winfield High School.

I have experience working at Producers Cooperative and Feed mill in Bryan, Texas, and at a bull stud, formerly known as Ultimate Genetics, of Camp Cooley Ranch, where I met my intern and future husband, Scott McElfresh. I have my B.S. in accounting from the University of Alabama and am currently working on a Masters of Jurisprudence in Wealth Management at Texas A&M University School of Law.

Scott grew up in northwest Houston, Texas as a member of FFA showing pigs and steers. He earned his bachelor's and master’s in animal science at Texas A&M. While in college, Scott worked for Circle X Brangus, a 5,500 head cattle operation. He also worked for sale barns, butchers and the bull stud. After college he took a job selling commercial turf products in Savannah, Georgia and Birmingham, Alabama. In 2012 Scott and I were married and moved to Blacksburg, Virginia where Scott worked as an extension agent with Virginia Tech.

We were hired on at Vista Farms, a family owned and operated Angus Seedstock producer, to work on Embryo Transfer in 2014. In 2017, we were promoted to managers of the farm and immediately began culling the 1,200 head operation to 600 head, to better manage our pastureland. This also allowed us to keep the best genetics, while eliminating fewer desirable traits and reducing the overall age of the herd.

We have fed feedlot cattle in Kansas with Auburn University’s Pasture to Rail Program and have performance tested bulls with Alabama and Indiana Beef Cattle Improvement Associations, where we put our bulls to the test against other cattle ranches. Using the data we receive on our cattle, we are able to make better current and future decisions for the herd. We also have learned more about the carcass merit of our animals and felt the desire to share our beef with our community and bring our farm to your table. We focus on genetics and phenotype to create the “Ultimate” Angus herd, and subsequently, Ultimate Beef.

In 2019, we developed Ultimate Beef, a Naturally raised, 100% Angus beef product, and were just selling to a local restaurant. Our cattle are grass fed and grain finished, processed in a USDA Certified facility, and sold by the cut from the farm in Fayette, Alabama.

On Valentine’s Day 2020, we began selling to the general public. With the onset of COVID-19, we found ourselves as the only beef source in Fayette County. I organized a drive-thru event to allow residents of the county to be able to purchase beef, while also limiting contact between people. The event was a huge success as we moved roughly 900 pounds of ground beef in four hours.

We have three beautiful children, Vivien (8), Floyd (4), and Buster (17 months).  Vivien has a 2-year-old buckskin horse she aptly named “Apple Pie,” and Floyd convinced us we needed to raise our own chickens so we could have plenty of eggs to eat. He will also be selling eggs in the coming weeks as his flock begins laying.

Our hearts are with youth experiencing agriculture first hand. This year we will be a host site for the Second Agventure with Fayette schools, where the fifth-grade classes have the opportunity to visit three agriculture sites in the county to learn about what the farmers do on their farms. We have spoken with kindergarten and high school classes and been a site for a Jr. Angus livestock show, Mississippi State and Fayette FFA livestock judging teams. Vista Farms will also be a sponsor for Winfield Elementary School Student of the Month Awards for October, Alabama’s BEEF Month.