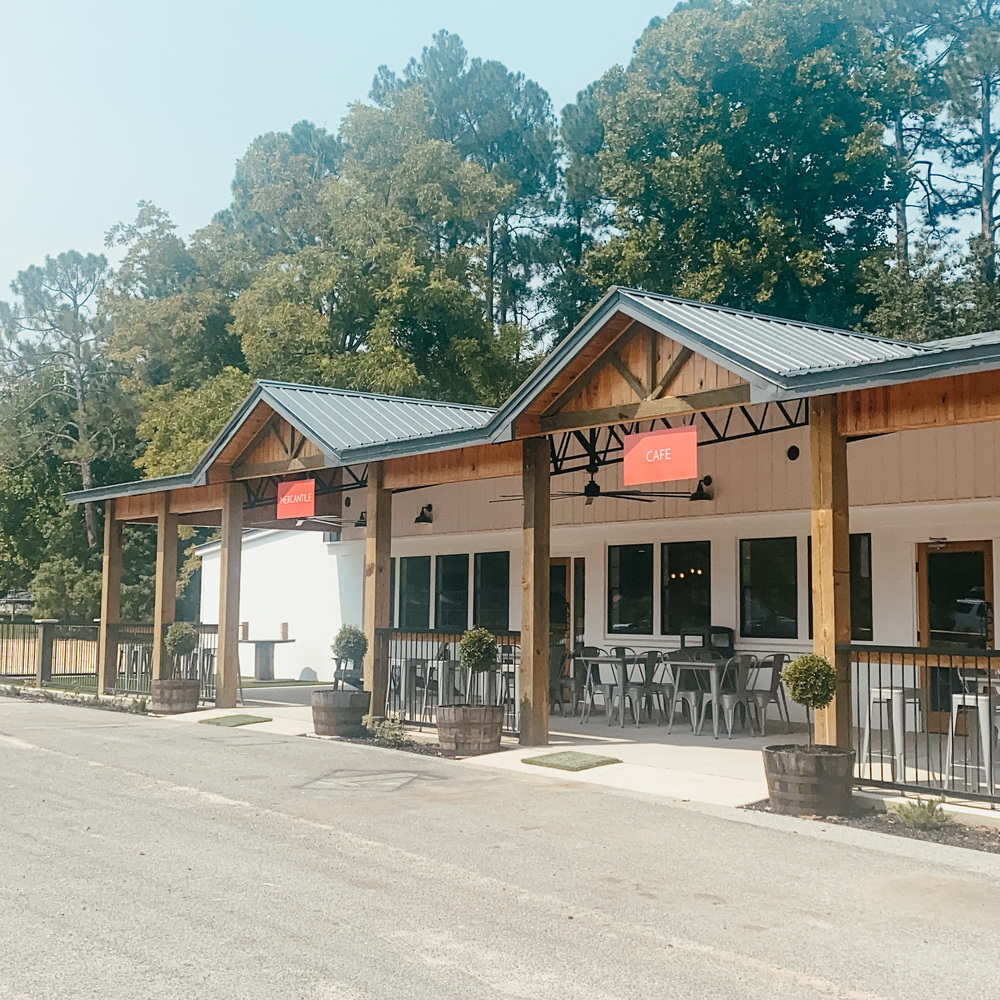 Growing up in south Alabama, it seemed every mile had a pecan tree. I vividly remember when I was a small child picking up pecans with my grandmother and having her crack one right after the other. However, seven-year-old me would have never dreamed that in twenty years, I would own a pecan business with my husband.

Adam and I began dating in 2015. He was finishing up a long-standing career with Chick-fil-A, and I was finishing up my degree in history while being a single mom. After two years of dating, Adam finally popped the question at the most magical place on earth, Walt Disney World. At this time, we had ZERO plans of starting a pecan business. Adam had dreams of starting his own restaurant, but the biggest role he dreamed of having pecans play at that time was to make delicious pies. After being married in 2017, Adam moved to Samson, Alabama, with me and since restaurant jobs were somewhat scarce, he began work on my parent’s tree farm.

A few months later fall rolled around, which means pecan season. My father and a family friend owned a pecan buying point in Opp, Alabama. At this time, Adam was a little weary of tree farm work and began to lend a hand at the buying point. He learned A LOT about pecans, but more than anything, he saw an opportunity to start a retail side. Now to find a name for our retail pecan business. Inspiration struck him one afternoon in November while watching an Auburn Tiger football game, and The Alabama Pecan Company was born. To recap, in 2017 we got married in February, started a business in November, and expanded our family by a little one in December. It was quite a busy year!

As newlyweds with a growing family, we didn’t have a lot of money to start a store front, so Alabama Pecan started as an e-commerce business. Our first full year in business, we learned much about online sales and about working with your spouse. Our second year in business, we really started to grow. By year three, we surprised even ourselves with the following we were starting to have and how much business we were able to do with just the two of us. Adam’s heart still longed to open a restaurant and mine longed for a permanent place to call my own to work from, not that my dining room table hasn’t worked fabulously up to this point. In 2020, an opportunity fell into our laps. A local restaurant in Samson shut down and did not reopen. We were out of space and in desperate need of larger refrigeration units to help store all our pecans and candies. Adam called the owner of the business, and a deal was struck. To sweeten the deal even more, the building was not only big enough for our retail shop, but it was also big enough for a café. Finally, we had our own place and Adam was getting his own restaurant. However, she needed a little elbow grease to get her in the shape we envisioned for Alabama Pecan.

Construction started in January 2021; the exact same time that building costs skyrocketed…perfect timing. However, we forged on and continued with the renovation and the running Alabama Pecan. Construction took longer than expected but in June, we were finally ready to open. On June 23, the day before opening day, Adam and I were awakened at 4:00 a.m. to banging on our back door. Our neighbor and local firefighter had run over to tell us that the restaurant was on fire. Sometime in the night, an electrical fire had started in the kitchen and a good Samaritan called it in on his way to work that morning. Given the age of the building and the materials used, we all pretty much prepared for the worst. However, once the firefighters were able to put out the fire and the smoke cleared, the damage was minimal and wouldn’t set us back that far. We asked our employees to hang on while we tried to assess the damage and deal with the insurance company. A few weeks later, on August 11, we were back on track and opened the Alabama Pecan Co. Café & Mercantile.

Alabama Pecan has been a labor of love for Adam and me. We started out as newlyweds, not knowing one thing about the pecan business. We have grown our family and our business simultaneously over the past four years. We’ve introduced new flavors of candies into the pecan market and have achieved another dream of owning our own restaurant. We are thankful that our children, Kate (8) and Sam (3), get to witness what a little imagination, determination and hard work can do for your dreams. Maybe getting married, combining a family, expanding a family and starting a business sounds a little crazy to some people, but I guess we’re just a little nuts!