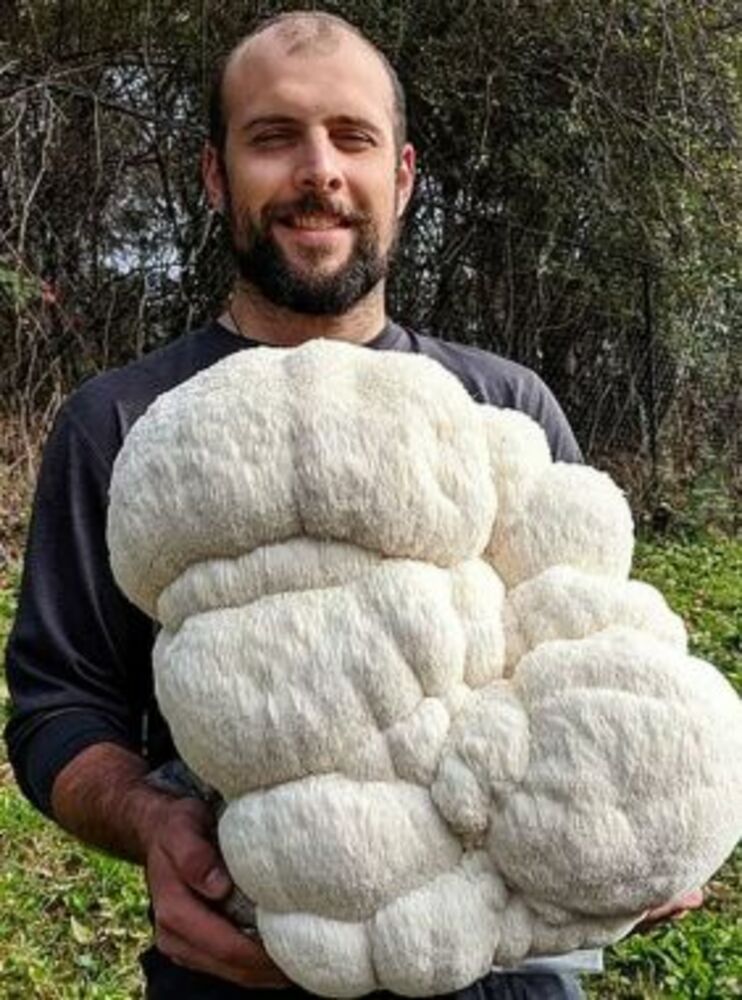 The near-magical qualities of mushrooms always appealed to Allen Carroll, owner of the Fungi Farm in Dadeville.

Carroll ventured into mushroom farming after high school and began eating healthily. Though Carroll started as a hobbyist, now  “everything about mushrooms” is his passion.

“I couldn’t find many mushrooms around, so I started growing them while studying agriculture at Auburn University. I really like eating mushrooms,” Carroll said – not only for the delicious taste, but also for the positive effects on health.

While studying soil science, Carroll realized that no one at the university was involved in large-scale mushroom farming. He saw a tremendous need in Alabama and beyond.

While some mushrooms in grassy yards may be poisonous, there “are a ton you can safely eat,” he said.

“You have to feed these things – mushrooms eat food,” he said. “The ones we grow at Fungi Farm eat dead plants – they must grow in association with a living plant.”

Fungi Farm makes mushroom-growing kits and “logs” from which farmers grow about 90 varieties of gourmet mushrooms. The celebrated reishi – known as the “mushroom of immortality” – is one species cultivated by Fungi Farm. The company’s highly sought-after Reishi Mushroom Dual Extract Tincture, made from the Alabama-grown reishi fruit, is so popular it often sells out.

For more than 2,000 years, people have cultivated mushrooms. Early civilizations, particularly Asian cultures, believed that reishi improves health and immunity. Reishi may be found in expensive creams and serums, which claim to keep the complexion youthful.

Putting the fun in fungi

Throughout the year, Carroll’s team offers intensive classes on mushroom farming, consulting with growers and novices who want to start mushroom farms. The team leads fungi-seeking forays through the woods. Many class participants become mushroom farmers.

Fungi Farm shares the basic knowledge – and the lesser-known secrets – that mushroom farmers must practice to be successful.

“Mushrooms typically eat off a dead tree,” Carroll said. “When you kick leaves and find the white mold underneath, that’s the mycelium.” The mycelium is a mass of fungal threads from which mushrooms can sprout.

“What we do is a put a little mycelium in a bag and it spreads into the food source until we’re ready for it to make mushrooms,” Carroll said.

Fungi Farm makes the starter – an artificial log made of sawdust, in a bag – that is heated to the right temperature in which to present mushroom spores. After the mushrooms colonize the sawdust log, it’s ready to ship to customers. Within a week or two, mushrooms grow from the bag.

“There’s a handful of folks doing what we’re doing at the Fungi Farm,” Carroll said. “We are mushroom agricultural experts in our area. We’re the only lab in Alabama providing growing kits and spores to farmers. We build a starter that is a ready-to-fruit block – in other words, the mushrooms are the fruit. We supply the production units, similar to selling seeds to someone who wants to start an apple orchard.”

Instead of growing mushrooms, Fungi Farm’s focus is on increasing the sales of its lab products to other farmers. As restaurants closed during the pandemic, Fungi Farm’s sales decreased, and its lab became the moneymaker.

“The pandemic almost cut our business in half for a little while,” Carroll said. “It’s great that our business survived COVID. We spent a lot of time building out our facility. We’re staying busy, continually expanding. We are fortunate to have hard-working and creative clients.”